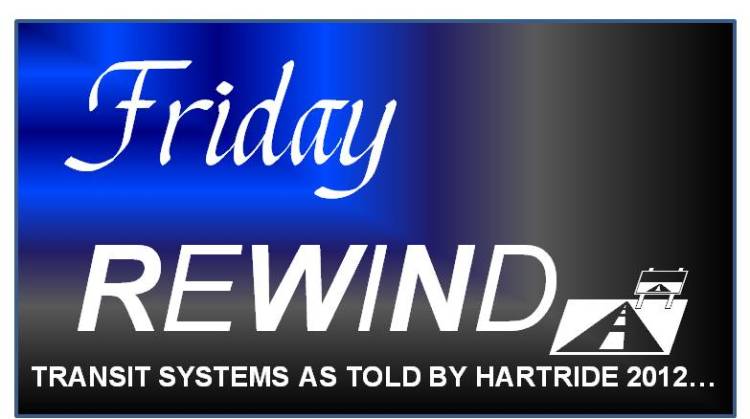 I am going to begin a segment called Friday Rewind, where I take a look back at a previous blog post. If anything has changed on the post’s subject, then I will note what has changed since my last posting. My follow-up post on HART bus route 39 actually gave me an idea to go forth with this segment, and why not? It has been nearly five years (yes, five years) since I first began this blog (wow, time goes fast!) and what better way to lead up to the 5 year anniversary than to take a look back and see what has changed since the last post.

I will be doing my Friday Rewind segments on the fourth Friday of each month, so be sure to check back for future posts.

So for my inaugural Friday Rewind post, I will be taking a look back at my post regarding HART’s addition of late-night (or OWL) service to Route 19, which connects downtown Tampa to South Tampa, where I live. Below is a copy of the original post from September 15, 2008.

The other night, I rode the Route 19 from Britton Plaza to almost Port Tampa. I must say, that even for the 10:00 hour, ridership was fairly modest. Seven people onboard (myself included) to be exact. I’m willing to bet that when the bus made its rounds from downtown to Tampa General Hospital, the amount of riders probably exceeded 10. all in all, this is good though. It is this late-night service that has people hopping onboard buses instead of bugging friends and family or scrambling for a taxi. I do hope that other busy routes could utilize better evening service in the future.

Despite the popularity of running these routes later into the evening, current funding does not allow further expansion beyond the current terminating trips of the 16 routes mentioned in the last paragraph. Already, HART has had to trim some service on routes that are not as heavily used in the evening. Furthermore, if funding continues to decrease, HART may not have any other choice to but to scale back or even eliminate OWL service completely beginning in 2013. It is a very frightening prospect for many who rely on the HART system to get from point A to point B to see buses stop running at 8 or 9pm on weekdays, but it may become a grim reality if the economy as a whole continues to deteriorate.