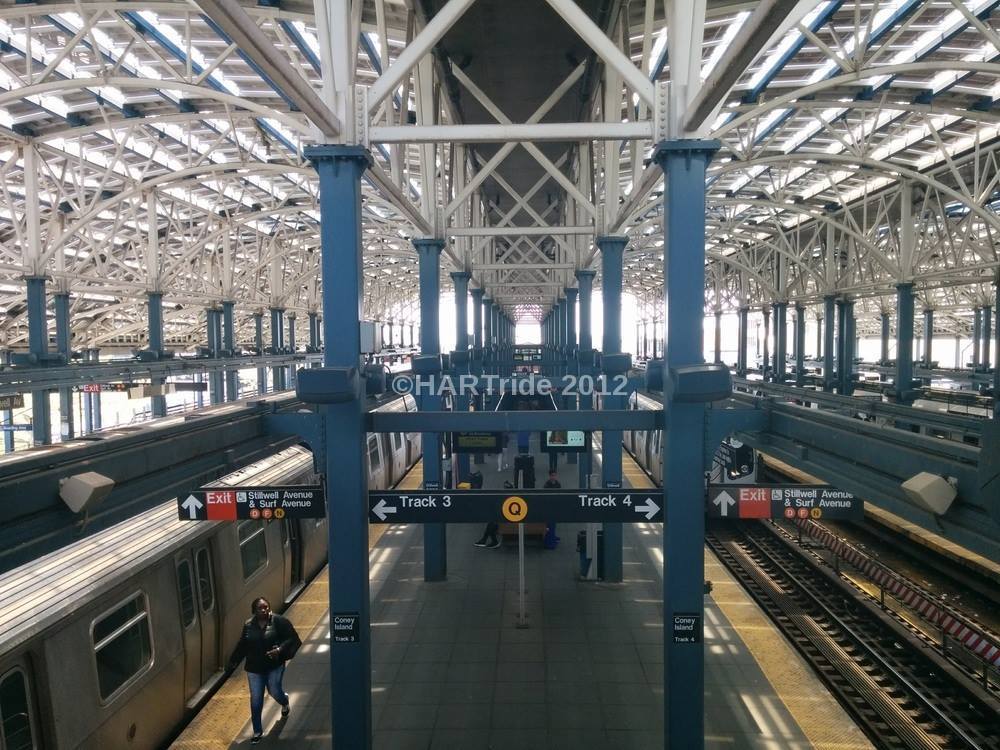 Returning from my 2017 New York City Transit Excursion, I present to you this wonderful vantage point of the Coney Island – Stillwell Ave Subway Station. The station serves as the southern terminus for the (D), (F), (N), and (Q) trains, though occasionally,  you’ll see other lines being detoured here. Most recently, the (G) train has been detoured here several times due to maintenance on other tracks that prevent the (F) from serving the station. At one time, the

train served the terminal when it served the West End Line. West End service was replaced by the (D) train in 2005.

The original multi-line terminal complex was built back in 1917, though a prior West End terminal sat at the same location since the late 1800s.  Over time, the complex became a crucial transfer point between the numerous subway and bus lines that traversed Coney Island and other parts of the New York City metro region. In 2004, the complex underwent a massive overhaul to restore deteriorating tracks and components, as well as to rebuild the platforms themselves. The original station facade was restored and a sweeping European-style vaulted canopy was constructed across the boarding area. The canopy is equipped with solar panels.