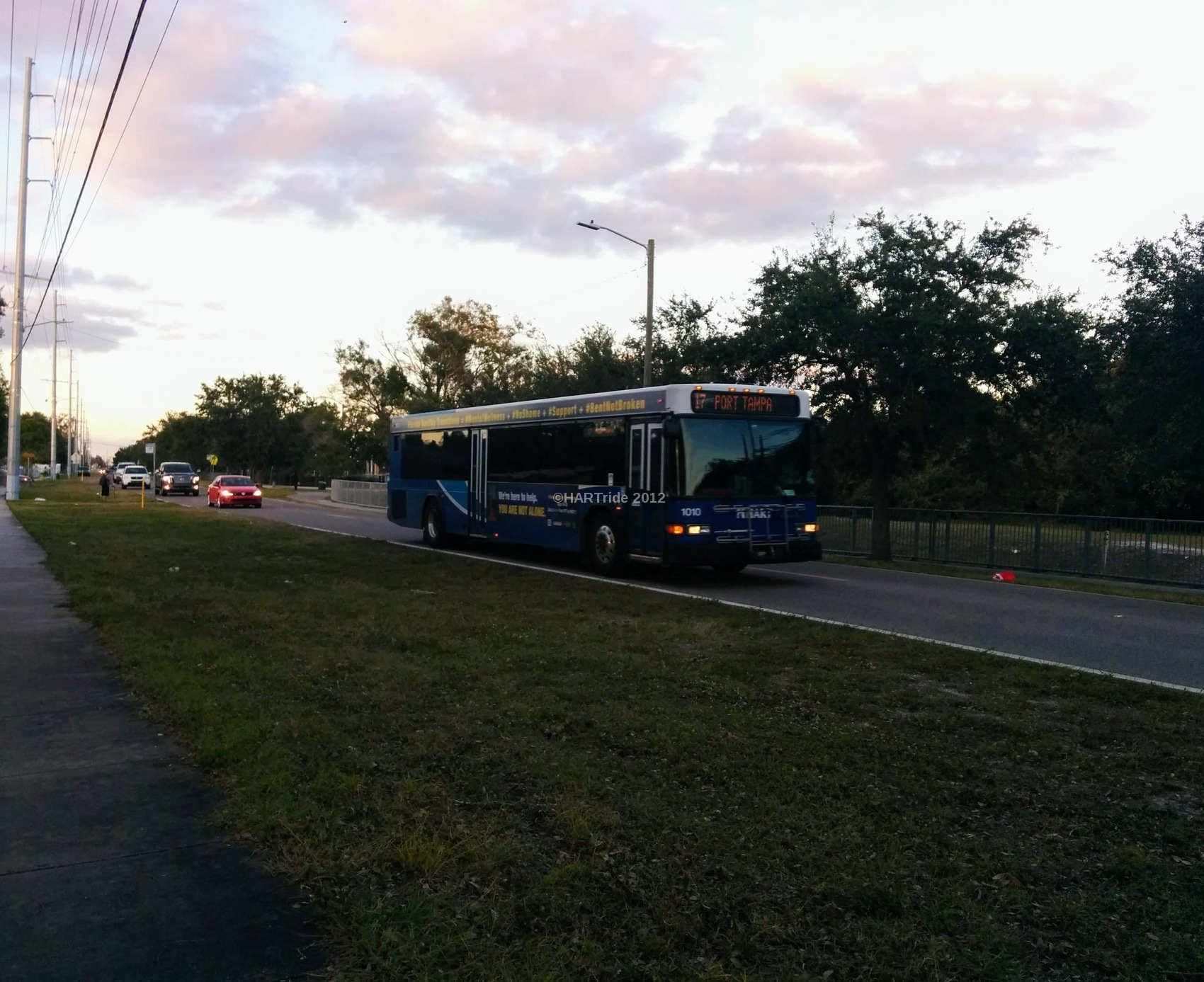 Hillsborough Area Regional Transit (HART) is the public transit district in Hillsborough County, Florida, covering the municipalities of Tampa, Temple Terrace, Carrollwood, Brandon, and Ruskin. HART was established by an act of the Florida Legislature in 1980 and comprises of over 40 fixed-route local and express bus routes, a door-to-door paratransit service (HARTPlus), several flex-route neighborhood connectors (HART Flex), and a lightened version of bus rapid transit (MetroRapid). In addition to these services, HART also manages the TECOline Streetcar Line.

The remainder of this page will go through a general overview of the HART bus system; including the structure by which HART bus routes operate on, transit centers and other major bus transfer points, and practical information such as current fares.

New to the system? Please read through my Transit 101 posts to get a general overview of how to use public transit. For specific information pertaining to HART, please visit their website.

A fourth transfer center in West Tampa (the West Tampa Transfer Center) was in operation between 2007 & 2017 before it was closed down due to the 2017 Mission MAX network optimization project. HART still owns the property & utilizes it on occasion for special events & bus staging as needed, but is otherwise not open to the public. It is unclear as to what HART eventually intends to do with the property. It could possibly be reopened should the agency receive additional long-term funding or the agency could opt to sell it to another interest.

Information regarding the WTTC can be found via the Historical Notes section.

The Marion Street Transit Center (better known as just the Marion Transit Center or MTC) opened in 2001 to replace a not-so-pleasant bus transfer depot located underneath Interstate 275 called the Northern Terminal. Prior to the opening of the MTC, customers had to deal with water leaking from the viaduct overhead whenever it rained. In addition, the Northern Terminal had no restroom facilities, which served as a huge inconvenience for customers. With the Northern Terminal becoming quickly outdated by the mid 1990s, it was clear that HART had to find a new site to build a modern terminal. In the late 1990s, the Florida Department of Transportation announced that the downtown viaduct section of I-275 would be undergoing a major overhaul. As a result, HART eventually chose a site located along Marion and Morgan Streets, just south of Scott Street to build its new downtown bus terminal.

The Marion Transit Center happily sits on the northern end of the Marion Street Transitway, which was constructed during the 1980s. The MTC serves nearly 15 local and express routes (including PSTA’s 100X and 300X) and includes an array of amenities, including; a customer service center, office space, bus driver lounge, restrooms, bus shelters, and an array of public art displays. There is also an on-site “grab-n-go” eatery called MTC2, which is operated in partnership with the MacDonald Training Center. In mid-2009, HART began installing television screens in select parts of the transit center to display real-time departure information.

Constructed in the late 1990s & located in the USF area (within the quadrant of 131st Ave, Livingston Ave, N 27th St, & 132nd Ave), the UATC is the transfer point for 10 local bus routes, one limited express route, & is the northern end of MetroRapid Route 400. This facility includes bus shelters, restrooms, & a customer service center.

Located on the corner of Sheldon Road & Waters Ave, the Northwest Transfer Center replaced the makeshift bus depot at Hanley/Waters Plaza. Construction began in the spring of 2007 & was dedicated/opened to patrons July 29, 2008. The facility is equipped with vending machines, restrooms for both patrons and employees, an adjacent park-n-ride lot & eight bus loading bays.

Located in east Tampa, on the site of the NetPark Office Center (formerly East Lake Square Mall), off 56th Street and Hillsborough Ave, the NetPark Transfer Center is a transfer point for 7 local routes & includes restrooms, phones, & vending machines. The facility is also slated to become a stop for the future MetroRapid Route 401 & possibly a subsequent 56th St/US 41 express or rapid line.

Situated within Sulphur Springs, the Yukon St Transfer Center was HART’s very first sheltered transfer center, opening to customers back in 1983. This facility was renovated in 2012 to bring everything up to modern standards, including the addition of restrooms.

The Yukon facility serves the following routes: 14 & 16. Customers needing to use Route 1 can walk a short distance to street-side stops at Florida Ave & Yukon St.

With the massive overhaul and expansion of the Tampa International Airport complex, a bus hub canopy & platform were constructed next to the new Rental Car Center. This facility is able to accommodate up to seven 40-foot buses at one time. Customers getting off at the hub to catch a flight can utilize an elevator bank at the northern end of the platform to transfer to SkyConnect trains to the main terminal complex.

As of June, 2022, both HART & PSTA have made Flamingo Fares their preferred fare payment method. Cash is still accepted as fare payment on board buses (please carry exact change) & agencies may still permit the printing of a one-day pass from the farebox. Please be sure to ask the bus operator regarding a day pass before inserting coins/bills into the farebox.

All HART vehicles (including Flex vans) are equipped with bike racks (can accommodate a maximum of two bikes). Additionally, folding bikes are allowed on board, given that they are properly packed/folded and are not blocking aisles. Please see my Transit 101 blog post regarding Bikes on Transit to learn how to use the on-board bike rack. You can also contact HART at 813-254-4278 to set up a demonstration.

Please keep in mind that information on this page is subject to change, especially things like schedules and fares. I do try my best to keep things as accurate as possible, but sometimes things change without notice. To obtain the latest information, please visit HART’s website or call 813-254-4278.

Please be patient as I continue to work on this section. I will have much more to come soon!